Want To Know The Best Way To Manage Your Company?

Home » Marketing Articles » Want To Know The Best Way To Manage Your Company?

Want To Know The Best Way To Manage Your Company? 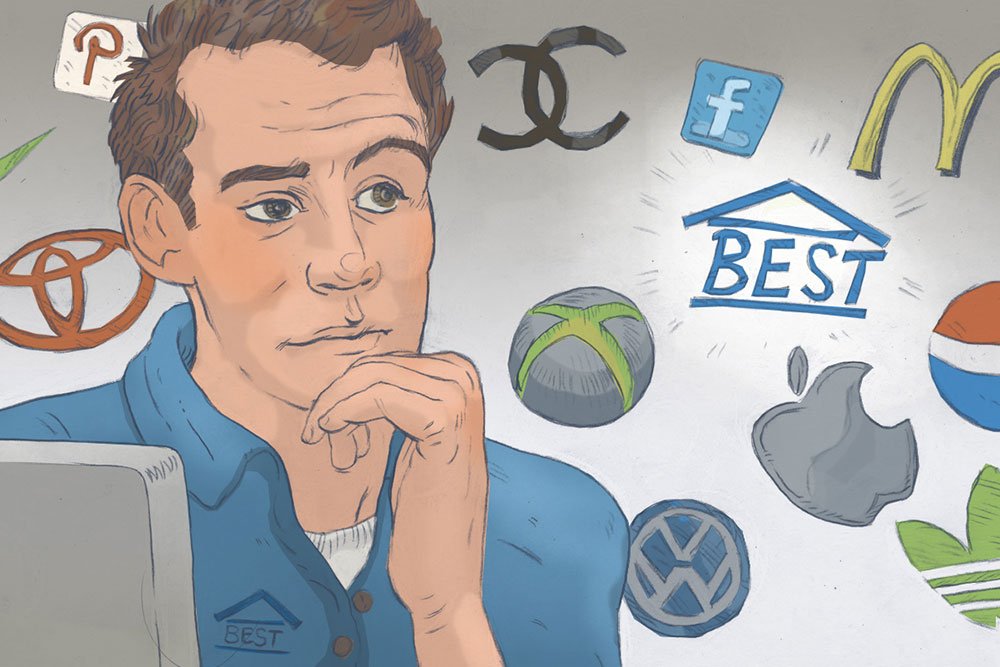 Would You Believe That It’s Love, Kindness, And Affection?

“I’m going to have to start working Saturdays to pay for this.”

That’s what the 40-year old, blonde-haired air conditioning technician said to over 150 people as he pointed to a picture of a beautiful blue Corvette—used, but in great shape—that was projected onto the giant video screen at the front of the room.

Whenever I start working with a new client on a one-on-one consulting project, the first thing I do is fly to their office to meet with the owners, marketing managers, and anyone else who might have some useful information about the company as I begin the Identity discovery process.

This particular company, the biggest heating and air conditioning company in Southern California, suggested that we arrange that initial visit on the same day as their monthly “All Company” meeting so I could get a feel for their company culture.

I’ll be honest: I expected to see a bunch of people stuffed in a big conference room while they listened to various department managers drone on about goals to be met, policies to be complied with, and announcements to be noted. The meeting was scheduled to last 90 minutes; I wasn’t quite sure how an hour and a half of company politics was going to help me help them create powerful HVAC marketing.

Man, I couldn’t have been more wrong.

I arrived at the meeting just after it started and was escorted to a seat in the back of the room that had been reserved with a piece of paper with the word “Rich Harshaw” written on in. A dozen rows of chairs, 13 across, filled the room, and a dozen more people stood around the perimeter of the overstuffed room. Over the next 40 minutes, I witnessed the following:

Nearly an hour had passed without a single mention of a company goal. No announcements were made. No correction of poor behavior or broken company rules were ever mentioned. And it wasn’t a pep rally either. It was just a bunch of people sitting together, having a little fun, and reaffirming the company values—without saying “hey everybody, let’s reaffirm our company values.”

They even gave the marketing director a chance to introduce a contest to “Name their guarantees,” wherein employees could win $500 by helping them brainstorm some ideas for their new guarantees for their HVAC marketing plan. Then they put a slide up with my name and introduced me as a marketing expert who would be helping them implement several marketing initiatives, and I received a warm round of applause. These people seemed to recognize that every part of the company was critical to their success.

But the last speaker was the one that blew me away and taught me more about this company than 5 days of intense “Identity Discovery” ever could have.

His name was Frank, and he started by showing a picture of himself from his high school yearbook, taken sometime in the late 1980’s or early 1990’s. The picture showed a young man with a serious look and a chiseled face… nothing like the happy-looking 40-year old guy standing in front of me who had put on a few pounds over the last 2 decades.

Keep in mind, I had no idea who this guy was or why he was standing in front of the room or what his purpose in this meeting was.

Essentially, he told the room his life story. Or at least the highlights of his career and life as an adult. He explained, with his high school picture as a backdrop that he had worked 6 hours a day as a plumber while he was still in school, 5 days a week, from noon to 6 pm. After high school he apprenticed with a local company, and at age 19, he became licensed and received his own truck. The slide changed to show him as a young man proudly standing next to that company truck. He showed a picture of himself deep in a trench and explained how he had been the only employee that “loved sewer restoration” and he carved a niche for himself doing a job that everyone else hated.

The next photo was young him with a young lady who he explained was his wife—they were married at age 19. The next several photos were a backdrop to his story of raising small children, building a career as a plumber, and explaining some of the highs and lows of that time in his life.

Then he explained that he started working for this company in (I think) 2003 or 2004. His income jumped significantly, and he was able to indulge many of his passions with his family. He showed photos of him and his family on the beach, riding 4 wheelers, and standing in front of their mountain cabin in 20 degree weather with a snowman—Frank standing in the cold wearing a beanie, but no shirt—gut and all. He explained that he hated wearing a shirt, which is why he loved the beach so much… and why he and his male family members (cousins, in-laws, etc.) would take frequent trips to Cabo with a strict “2 shirt policy.” You wore one shirt on the plane to Cabo, the other shirt on the plane back from Cabo, and only board shorts for the entire time in between.

He showed a picture of himself in some far off place where he had served a two-week mission trip for his church where he served as a youth minister. He told the story about being nervous to ask the owner for 2 weeks off—the trip was going to be in the summer, during their busiest time of the year—and how the owner had not only granted the time off, but instructed him to go to accounting to get a $3,000 check to pay for the entire trip.

Then he showed a picture of that beautiful blue Corvette. He explained that he had gotten up early two Saturdays ago and bought the car on impulse—without telling his wife. He said that he might have to work a few Saturdays to pay for it, but he wasn’t worried. He was living his dreams. He showed a photo of his family in San Francisco and explained that he has surprised them with a 10 pm flight so they could enjoy breakfast in San Francisco before returning the next day before noon. He was living his dreams.

He ended his comments by answering the question of who were the most influential people in his life. He said his wife was number one, the owner of this company was number two, and his best friend at the company was number three. He had two families, he explained, and he loved them both deeply. Frank was a happy, contented man. His life was full.

And then the meeting was over. Those who had birthdays in the month of June or had anniversaries of working for the company were asked to stay after to have their photo taken for the company newsletter… and everyone else went into a big common area to enjoy a catered Chick-fil-a breakfast.

Yes, There Is A Purpose Here

If you’re still reading this, then you probably already get the point. I suspect most readers dropped out somewhere in the middle of that detailed description of the All Company meeting, and wondered why I would waste their time with the minutiae of somebody’s else’s company meeting. It’s kind of like looking at somebody else’s vacation photos, right?

I don’t think so.

I already knew this company was big and successful. They are probably in the top .005% of all HVAC companies in the country in terms of size. I figured they would have a lot of good process and protocols in place… and that they would have top-flight employees.

I know there are different ways to manage companies. I’ve read many biographies—from Steve Jobs and his famously impossible-to-please curmudgeonly ways… to Walt Disney and his optimistic visionary ways… and more.

But yesterday I witnessed a company that truly puts people first and makes doing the right thing an article of faith.

And that’s something that both you and I can learn from—and aspire to.