Should I Star In My Own Ads?

Home » Marketing Articles » Should I Star In My Own Ads?

Should I Star In My Own Ads? 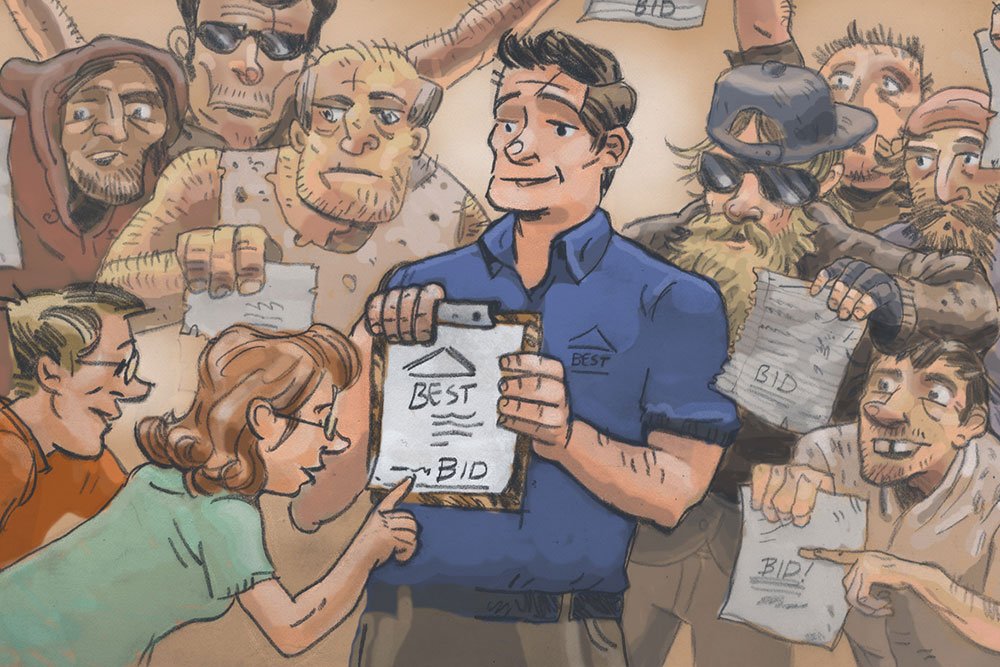 Your Business Will Grow And You Just Might Become Famous.
Which Might Not Be As Fun As You Think.

Thinking about starring in your own ads? It might mean a boost in business—but get ready to be recognized everywhere you go… including the toilet paper aisle at Costco.

Kip Lee’s business was rolling along just fine in Savannah, GA when I met him a few years back. He’d spent hundreds of thousands of dollars of his contractor marketing budget in the newspaper to grow his sunroom and window business, and was just making the jump into television advertising. His first several commercials all featured a spokesman who showed the merits of various sunrooms and windows. The actor had a great personality, a great stage presence, and came across as friendly, knowledgeable, and credible. The commercials worked okay. Not great, but okay.

I started working with Kip right about that time; I wanted to find out how he’d become one of the top sunroom companies in the country despite being in one of the smallest markets. As I was reviewing some of his contractor marketing materials during a new client evaluation, one thing caught my attention instantly: his infomercial.

He’d created the infomercial almost as an afterthought because the production company gave him a good deal on it. It was only run early on Saturday or Sunday mornings, and never really accounted for many leads or sales. But something was obvious to me within 3 1⁄2 seconds of watching it for the first time—Kip Lee was successful in his business because he had one of the most friendly, believable, huggable, teddy-bearish demeanors I’d ever seen. Sincerity oozed through the screen. When he sat down in someone’s home for a sales presentation, it was over. Prospects just KNEW that this guy wasn’t going to lie to them; they could take Kip Lee to the bank.

Right there and then I told Kip he needed to become a star.

And a star he did become. First we put him a series of TV commercials. Then his picture started going in all of his print ads and his distinctive voice on the radio. Before he knew it, people were recognizing him at the grocery store and in restaurants. “Hey, you’re that guy from TV!” Random strangers started to high-five him. He even signed a few autographs at a home show—a guy who sells sunrooms for a living was signing autographs. Think about that for a second.

Apart from just being noticed, the advertising strategy was working for business too. As people started to see Kip on television and get comfortable with his “We Take The Risk Out Of Home Improvement” pitch, they began to believe him. It didn’t happen overnight, but Kip’s cost per home improvement lead started shrinking and shrinking and shrinking as his personal stardom was rising. After a while, he started getting plenty of calls even when his ads WERE NOT running. Not to mention friendly “hellos” from strangers while he was pumping gas.

So, should you become a star in your ads, too?

There are a few things to consider before taking the plunge. Like anything else, there are pros and cons—and you’d be well advised to step into this arena with your eyes wide open:

Acting Ability: You’d better be able to act if you want to be on TV or radio. Everyone’s seen the dope who “stars” in his own commercial and looks like a deer in caught in the headlights… or worse, who sounds like he’s reading the cue cards word for word. To really pull it off, you’ve got to have enough personality to charm the crowd, enough acting talent to NOT sound stilted, and enough polish to be perceived as a pro. And trust me… DO NOT ask your spouse for an evaluation on this. Or your mother.

The Fame Factor: Do you want to be recognized when you’re buying toilet paper at Costco? Splash your mug on the television for long enough and it’s an absolute certainty. You’ll start getting stares in parking lots, whispers at dinner tables, and points from children. I’m not saying the paparazzi will follow you around or that you’ll get $10 million for exclusive rights to your next baby’s photos… but you will be noticed and called out ON A CONSISTENT BASIS. Also remember that not everyone’s going to love you… some will think you’re cheesy or dopey or annoying. Are you ready to handle that?

Brand You: When you star in your own commercials, you become your brand. Yes, people might catch your company name, but they’re going to remember YOUR name more. This can be a positive, especially if you’re a likable person. But also think to the future—are you planning on selling your business at some point? If so, you could be hurting the value of the company by wrapping its image up so tightly with your personal image. Just something to think about.

Starring in your own commercials can give your business a tremendous boost. And it can be a lot of fun. I recommend it for people with the right kind of personality and who don’t have plans to sell their business any time in the near future. Just always remember that fame is a two-edged sword—you might not like it so much once you have it.

EMILY DICKINSON, Fame is a bee